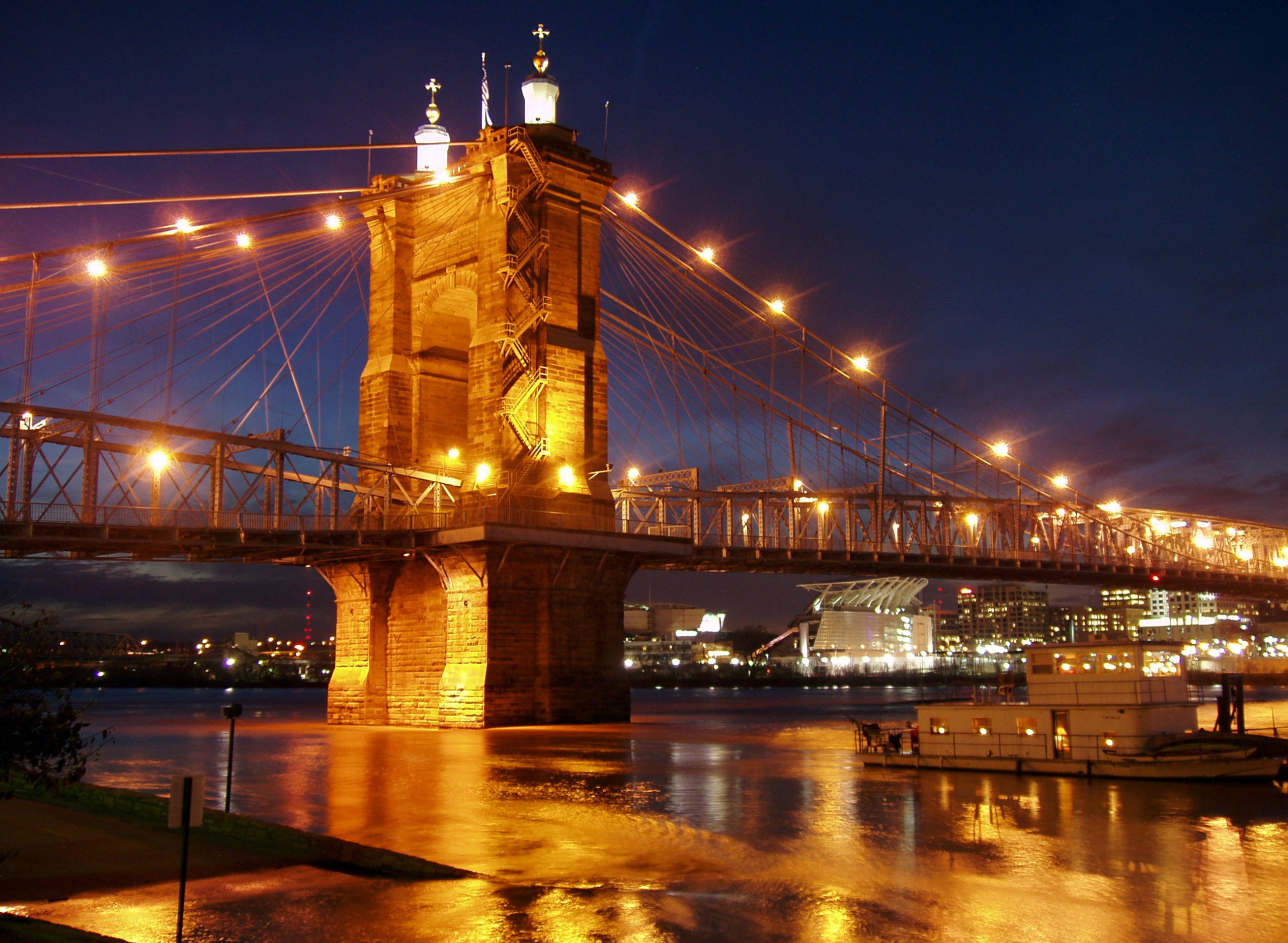 In Memory of Calvin Grayson

Click above to watch the 2017 Interview with Calvin Grayson.

I first met Calvin Grayson in 1974 when I came to UK as a transportation scholarship student.  Calvin was the Secretary of Transportation, and he made a point of coming to UK each fall to meet personally with all the scholarship students.  I was rather in awe of him then, and my respect for him continued to grow over the next 46 years.  When my wife, Lisa and I decided to move back to Kentucky in 1992 after being away for nine years, Calvin was the Director of KTC, and he offered me the chance to return to the Center, an opportunity for which I will always be grateful.  He trusted me to manage the fledgling Intelligent Transportation Systems (ITS) program, and, under his visionary leadership, Kentucky quickly became a national leader in the field.  He encouraged me to pursue my PhD, and he told me that he would like to see me serve one day as the Director of KTC.

Throughout his life, Calvin possessed an amazing mind and an incredible passion for transportation and for life.  Even in his 90’s, he would frequently call me to talk about an article he had read, or a proposed piece of legislation, or what was going on over in the Cabinet.  He would always ask how things were going in the Center, and he would always ask how Lisa and I were doing.  When he lost his beloved wife Ginny many years ago, he grieved deeply, but he refused to sink into self-pity and despair.  I know he missed her every day, but he continued to live life to the fullest.  He loved life, he loved his daughters, he loved his church, and he loved his friends.  I take great comfort in knowing that he and Ginny are together once more. I am just one of many people whose lives were impacted deeply by Calvin.  I am eternally grateful for his influence in my life and for the privilege of being his friend.

Cal Grayson was larger than life.  He always sought the best in people, and worked tirelessly to personally invest in others.  He mentored, encouraged, led, and challenged everyone he met across his entire span of influence.  He set the bar high for himself, and offered a hand up to those who aspired similarly.  Cal was a soldier from the “Greatest Generation,” an outstanding transportation engineer and innovator, an exemplary administrator, a great husband and father, a devout follower of Jesus Christ, and a wonderful friend to so many.  We will all miss him immensely!

Calvin was a true transportation visionary as the Commonwealth’s Secretary of Transportation. He fostered long-range planning and developed what became the model Appalachian Highway System that every Appalachian- designated state tried to emulate.  Believing that the success of transportation required more than engineering, he employed professionals – drawing on varied backgrounds and complimentary expertise.  He truly believed in pursuing multi-modal approaches to meeting transportation challenges. Calvin was also a champion of many highway safety issues, including backing seat belt usage legislation, and he was instrumental in getting Kentucky to replace its many deficient short-span bridges that could not safely support a loaded school bus.

Calvin worked with other states in the southeast to improve highway safety and worked with Vanderbilt University and  others to create an Advanced Transportation Institute to encourage college students from several disciplines to pursue careers as transportation professionals.  This professional development program was highly successful and was commended by the US Secretary of Transportation.

Calvin Grayson was a remarkable person who contributed as much or more to transportation in Kentucky than anyone else in the past century.  From his days as Director of Planning for the KYDOT, through his time as Secretary of the Transportation Cabinet and then Director of the Transportation Center, he has been the most significant advocate for all forms of transportation and their importance on the everyday lives of Kentuckians.  In his later years he emphasized transportation safety and devoted an unmatched level of energy to promoting the benefits of seatbelts and other safety measures that strived to create a better driving environment.

Few have accomplished so much in a lifetime, but he was always humble when those accomplishments were recognized.  He was soft-spoken but knowledgeable and clearly understood by everyone who interacted with him.  Calvin Grayson was a unique person who will be missed by the many who knew and respected him.

Calvin Grayson influenced my career right from the start, and really even before that. Right before I received my bachelor’s degree Mr. Grayson told me about a new graduate school program he was getting started and asked that I consider applying. The Advanced Transportation Institute was a wonderful opportunity that opened my eyes to the larger transportation picture and taught me the importance of “looking up” throughout my career. Thanks to his leadership I spent a year discussing transportation topics with geographers, planners, engineers and economists. I attended TRB at the age of 21, I would not get the opportunity again for 15 years.  I had conversations about transportation with leaders at CSX, UPS and Delta.  I am eternally grateful for this opportunity.

Mr. Grayson’s vision for the future were foundational to the national leadership position that KY maintained for years in so many areas of transportation.  So I say ‘even before that’ because Mr. Grayson mentored my father as his career evolved from bridges to computer systems.  The joyous result for me was that every conversation with Mr. Grayson combined national topics and questions from him about updates on our family.  What a remarkable and inspirational quality that was also formative to my career.

Thank you Mr. Grayson for all you did for the state, for transportation as a whole, and for the Bridwell family.

I first met Calvin as a young graduate student working at the center in 1988, just about the time the Transportation Center and the Transportation Research Program merged into the organization that we are today.  As a young engineer I really didn’t know much about his past with the Transportation Cabinet and Department of Highways. Very quickly as I began to work with the Cabinet, I learned how far reaching his influence had been with so many industry professionals.  After his retirement from the Center, his dedication to the industry did not diminish.  I don’t believe I have ever met anyone who continued their passion for something 40 years after their initial retirement.   Each and every time we talked, he wanted to discuss some transportation issue of the day, be that pavement problems at his condominium in Florida or state and national transportation policies.

Two items that have always stood out to me were his “Vision” and “Partnerships”.  Both of these ideals were paramount in his efforts to help establish the Center in the late 1970s and continued through his service to the Center and beyond.   In almost every annual report while he led the Center, various partnerships were highlighted, from the Advantage I-75 program, to partnerships in various consortia across the southeast with other universities.

His leadership in the transportation industry has truly been remarkable.  I am certainly grateful for the opportunity he provided me, by bringing me on board so many years ago as a young engineer.  I have certainly valued his leadership and friendship these past 30 years.

Calvin Grayson was the Director at KTC when I was hired by Don Hartman in 1995.  At the time I did not realize that I was working for two individuals who were very prominent in both state government and within the University setting.  Looking back, I could not have asked for two better individuals to work for as an entry level engineer. Mr. Grayson and I did not interact a lot during that early period in my career, but every interaction that I had with him left me with a strong impression of the man that he was. I may have been the last engineer that he hired before his retirement! When I signed up to take the PE exam, I used Mr. Grayson as a reference.  Then I received a call from the board, asking if I actually worked for Mr. Grayson, because he did not know a “Steven”.  When Mr. Grayson found out that I was “Steven” (my first name), he immediately called the board and within the same day, I was approved to sit for the PE exam.

I got to know Mr. Grayson better after he retired as Director at KTC.  One day, we crossed paths in the hallway of the Raymond building. He told me his office had been moved and he did not know where it was, so I helped him find his new office and took the time to make sure he got settled in. From that point on, Mr. Grayson always took the time to acknowledge me and we talked for a while every time we had the opportunity.  As I got to know him better I understood why he had such an impact on the people he worked with during his career.

In 2017, I initiated an effort with KTC’s marketing team to develop a history of KTC video series.  The first person that came to mind who would know KTC’s history was Mr. Grayson.  He was gracious enough to participate in several recorded sessions that we asked him to attend.  A video link on KTC’s tribute page to Mr. Grayson provides an overview of those sessions.  During the taping, I watched people who hadn’t met him before that day become enamored with him.  It was an amazing thing to watch, even at 92 years of age he still had so much to say and so much to offer to the professionals listening to him in that room.  Unfortunately, cameras were not rolling during one of the lunch breaks as he spoke about his service time during WWII.  By the time he was finished reminiscing about the war I am not sure there was a dry eye in the room. Mr. Grayson will be missed dearly by family, friends, colleagues, and by the profession that he loved so dearly.  He leaves behind a legacy that few can ever hope to match during the course of their lives and careers.  More than anything, he leaves behind a host of people he has influenced who, in turn, will continue to have a direct impact on future generations.  There are very few people who walk through this world that get to make the imprint that he did, very few at all.