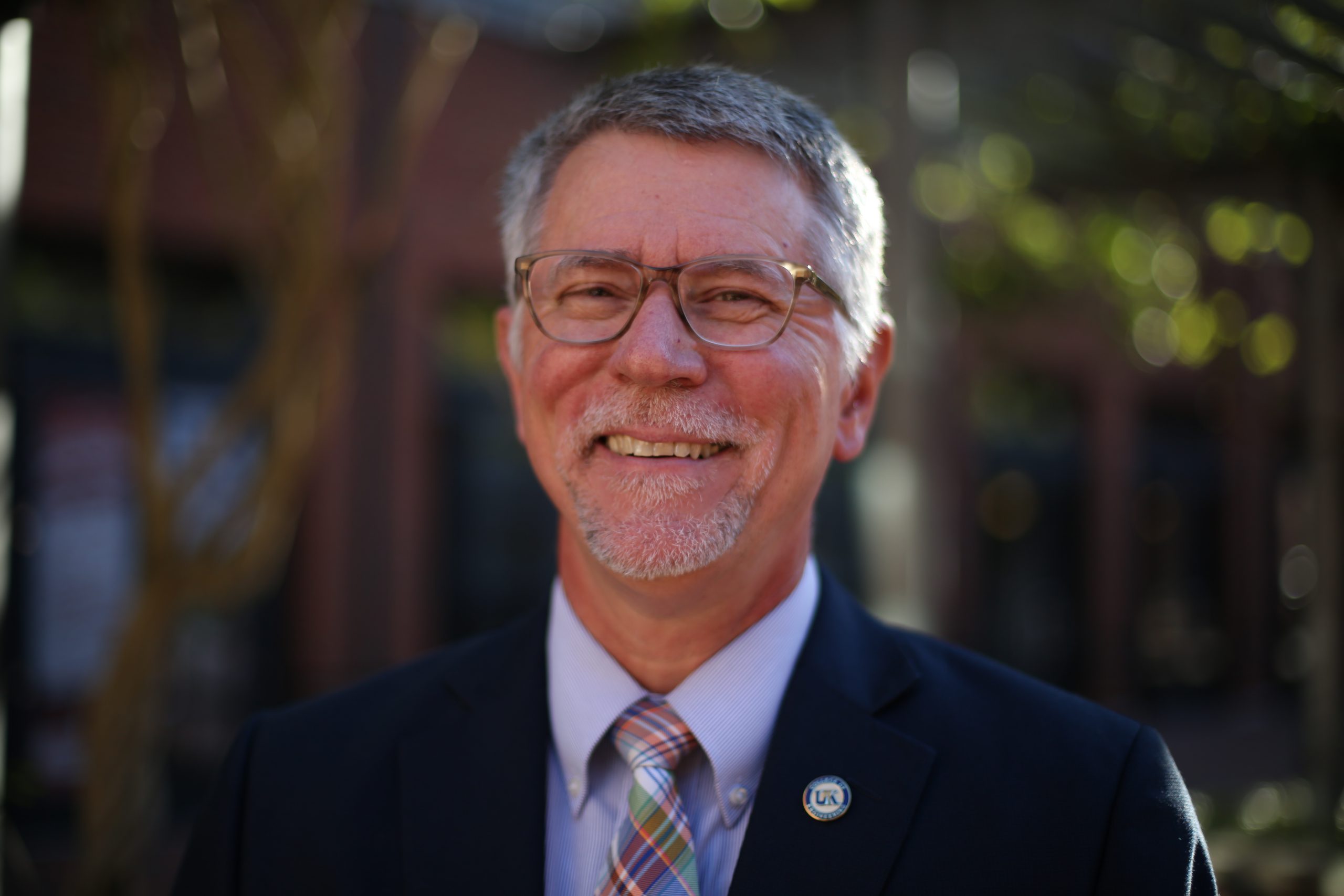 Dr. Crabtree has been the Director of KTC since 2010 and will retire on March 1st, 2021. He plans to stay involved with KTC, assisting with research a few days a week. Congratulations to Dr. Crabtree!

Dr. Joe Crabtree is a native of Lexington, Kentucky and attended Bryan Station High School. As a senior, a classmate informed him of the Kentucky Transportation Cabinet’s scholarship in Civil Engineering at University of Kentucky (UK). He applied and UK awarded him the scholarship. His student years brought about another important milestone: Dr. Crabtree began dating his future wife, Lisa. They grew up in the same church and were reacquainted when her family moved back to Lexington. Dr. Crabtree would go on to complete his Bachelor’s degree and receive a National Science Foundation fellowship to attend graduate school.  The Transportation Cabinet granted a leave of absence from the scholarship’s job commitment so that he could complete his Master’s Degree in one year. Dr. Crabtree began his transportation career in the Division of Research, working in the Traffic and Safety section.

When the Governor abolished the Division of Research and UK picked up the research functions, Dr. Crabtree became a UK employee and was released from his remaining scholarship obligation.  Always up for a challenging opportunity to test his capabilities and limits, Dr. Crabtree sought out the Navy recruiter who had courted him as a student. The recruiter encouraged him to apply for the Nuclear Propulsion Program and after being accepted, Dr. Crabtree reported to Officer Candidate School in February of 1983.  He served as an officer in the United States Navy from 1983 to 1987.  When he made the decision to leave the Navy, he signed on with a recruiting firm that specialized in placing military officers in private-sector companies. Dr. Crabtree was hired by Mobil Chemical Company in Jacksonville, Illinois, a small town surrounded by farmland.

Family roots in Kentucky — Lexington and Powell County — would lead Dr. Crabtree back to transportation, and back to the Kentucky Transportation Center.  Among his favorite memories of KTC is his first job after graduate school, in Traffic and Safety with Jerry Pigman and Ken Agent.  Jerry was the perfect boss, Ken was the consummate researcher, and they were doing exciting, groundbreaking work. When Dr. Crabtree wanted to come back to Kentucky, he talked to Jerry and Ken, who encouraged him to talk to Calvin Grayson, KTC’s Director at that time. Dr. Crabtree enjoyed that first decade back at the Center —  when KTC managed the Advantage I-75 Operational Test Project, created the Intelligent Transportation Systems research area, and supported the Kentucky Transportation Cabinet in many leading national initiatives. It was during this time that Dr. Crabtree earned his PhD in Civil Engineering, and would eventually become the Center’s Director.

As Dr. Crabtree looks toward retirement, he has many interests to cultivate. He and Lisa have five acres of wooded land in Anderson County where they plan to build. They love to travel together and take drives to explore new places. Dr. Crabtree looks forward to having more time to cycle and to participate in a multi-day, supported ride. He never wants to stop learning, whether it’s perfecting his novel and children’s books, learning Spanish, or playing the guitar. Giving back is high on his list of priorities — through Habitat for Humanity or his church’s after school homework help program. After a long career built on hard work and teamwork, there is no doubt Dr. Crabtree will be successful at all of his future endeavors.

Many Memories at KTC 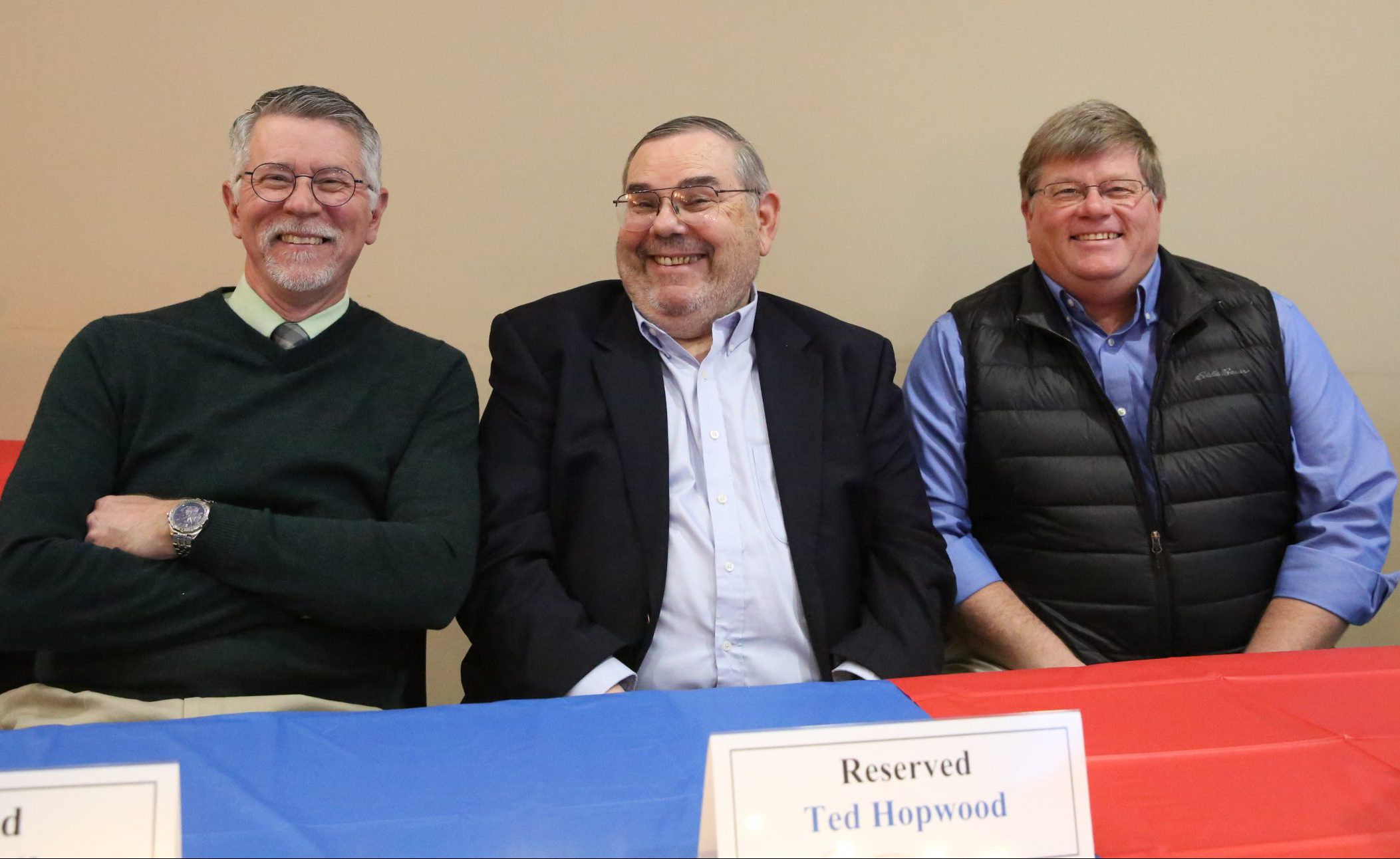 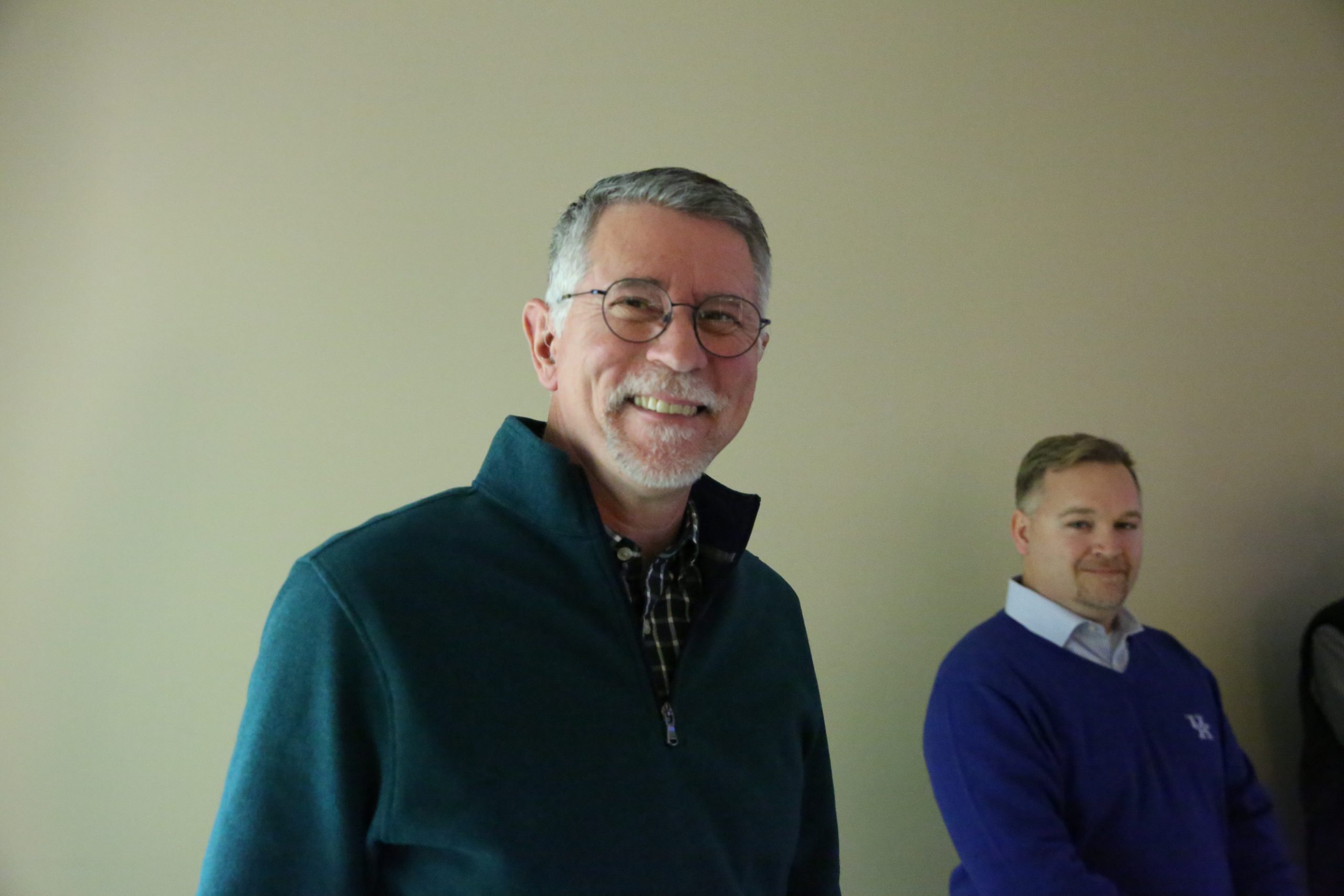 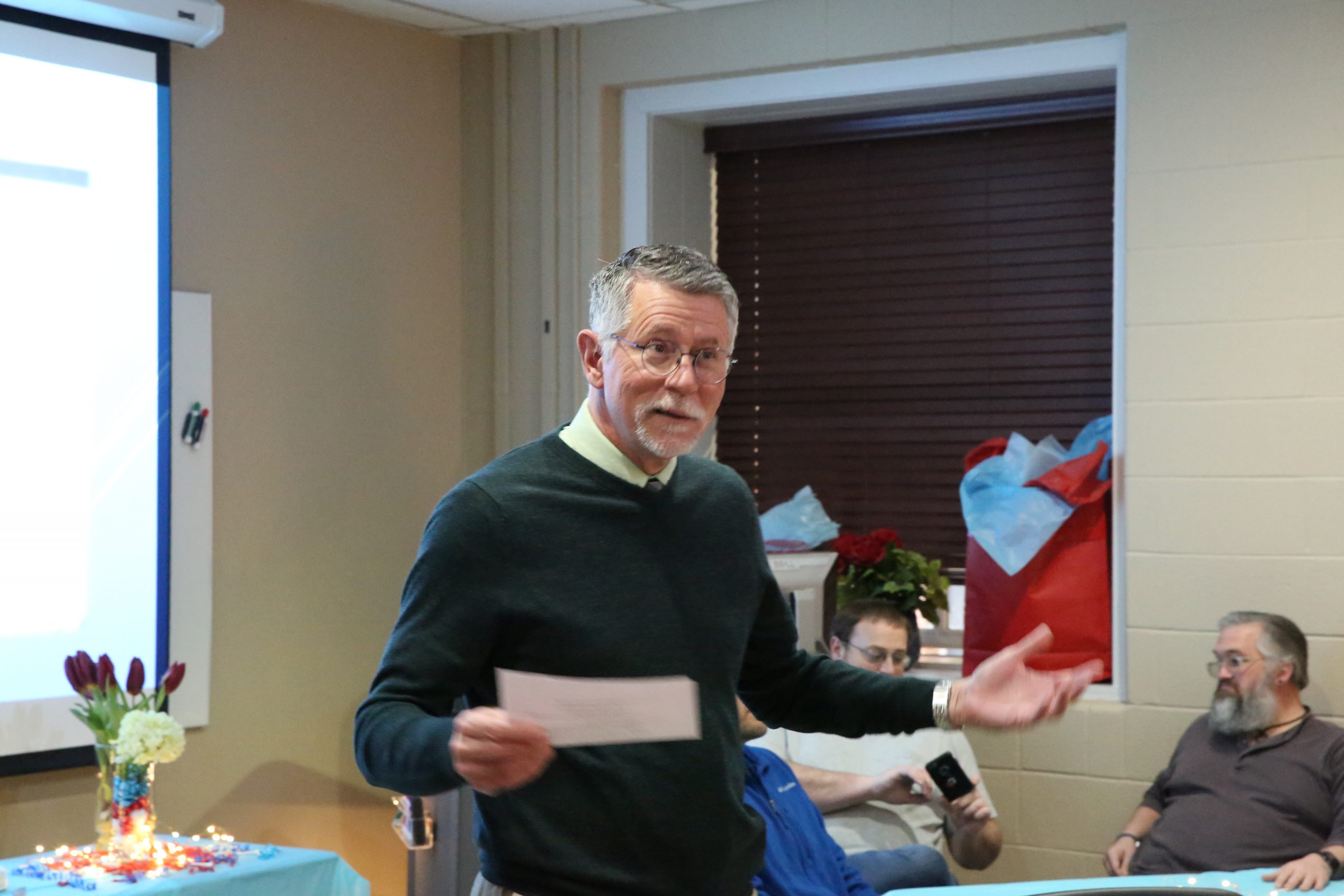 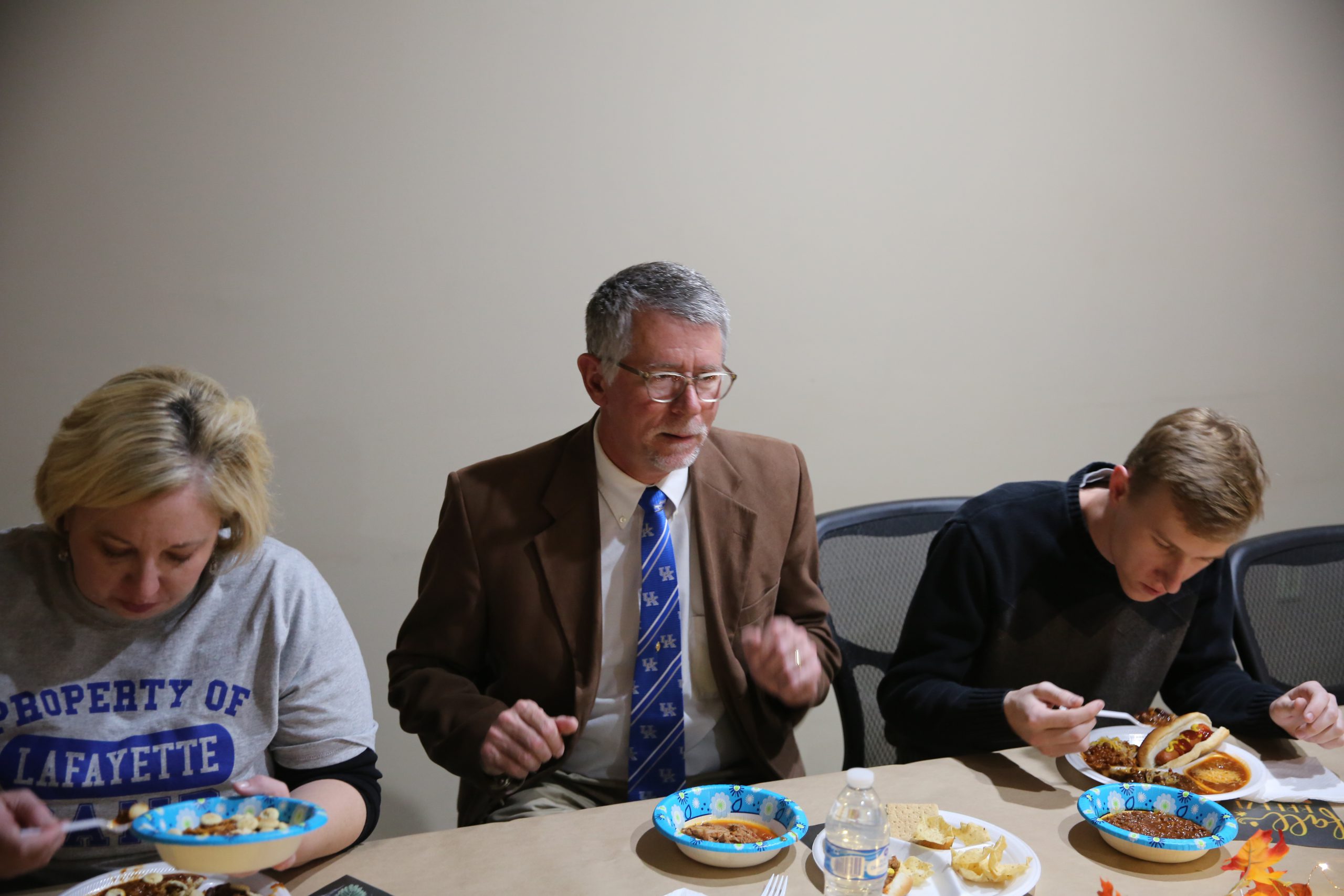