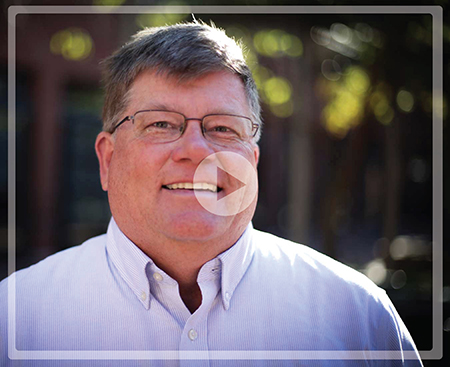 Clark Graves was recently interviewed about Ground-Penetrating Radar (GPR) during WEKU radio’s On Point morning program.  Clark and a work crew were performing a demonstration of GPR on New Circle Road.  The news team was very interested in the work, particularly if the rougher patches of New Circle were going to get fixed. Clark explained that KTC was testing GPR on both newer and older pavement sections to see if the technology could be effective in Kentucky’s weather conditions. Word spread, and WEKU called Clark for an interview. GPR sends UHF/VHF radar pulses below the pavement surface and transmits into the ground. When the pulses hit moisture or other objects, the signal that bounces back corresponds to a certain dielectric constant, identifying the type of imperfection in the pavement layers. This non-destructive test method can help determine the pavement rehabilitation method that most efficiently uses available funds. GPR technology has been used in several other states.