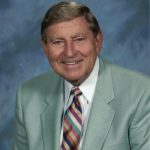 A Tribute to Calvin Grayson

Former KTC Director Calvin Grayson, a legend in Kentucky transportation, passed away on July 4, 2020, at the age of 95. Even late into life, his passion for leadership endured as did his commitment to improving transportation throughout Kentucky. Although Mr. Grayson’s contributions to transportation were many, he will also be remembered as a veteran, a man of faith, a father, a husband of 61 years, an ally, and a friend. His friends, family, and colleagues will dearly miss his advice and humorous quips.

Mr. Grayson’s career in transportation began in 1949, after he served in World War II and received a Purple Heart. Finding it difficult to obtain employment due to a war injury, one of his professors at the University of Kentucky urged him to seek a job at the Kentucky Road Department. When he applied and was hired, Mr. Grayson originally intended to remain for four years. However, his hiring and early tenure coincided with one of the most productive and vibrant periods in Kentucky’s transportation industry. The Federal Aid Highway Act was signed into law in 1956 and construction of the Mountain Parkway soon followed. He helped plan and design the I-75 corridor, a role which lead to him playing a key part in  establishing and growing the Kentucky Transportation Cabinet’s (KYTC) Planning Division. Understanding the value of sound, robust planning, he installed a transportation planner in every KYTC district office.

Mr. Grayson occupied many roles at the Cabinet: Bridge Design Engineer, Design Engineer, Assistant Director of Planning, Assistant State Highway Engineer, and  State Transportation Planning Engineer. In 1977, he became the first career KYTC employee to be appointed Secretary of Transportation for the Commonwealth. During his term as Secretary he realized his vision of establishing at the University of Kentucky the Kentucky Transportation Research Program, a space in which a multidisciplinary team of academic researchers, state government staff, and public and private stakeholders could collaboratively solve pressing transportation challenges. After retiring from the Cabinet, Mr. Grayson worked in private industry before serving as KTC’s Director for 11 years. While Director, he worked to fuse the Center’s research and technology transfer functions, creating the organization that KTC is today. The master agreement which unites KTC and the Cabinet is the only one that currently exists in the United States, and it has changed very little since the original was established in 1981. It is the accomplishment Mr. Grayson is proudest of during his time as Secretary. Following his retirement from KTC, he remained active by continuing to serve on the Kentucky Transportation Hall of Fame Selection Committee and regularly attended the Center’s Advisory Board meetings. Even during retirement, his expert advice and vivacious leadership were sought by transportation professionals across Kentucky and throughout the country.

Reflecting on his professional life in a 2017 interview with KTC staff and directors, Mr. Grayson attributed his success to three guiding principles, commenting that “My life has been made up of ships: Leadership, Partnership, and Stewardship.” He stayed passionate about transportation — his first love — by reading all the time and keeping up to date on the latest developments. And he also offered a few words of wisdom about friendship, saying that “friendship is better than medication for living a long life,” and that “true friends leave footprints on your heart.”

Mr. Grayson’s influence will continue to be felt throughout Kentucky’s transportation community as his friends and colleagues alike will rely on the guidance and leadership that he provided well into the future.

To read other tributes and memories and to see a video of Mr. Grayson’s interview, click here. 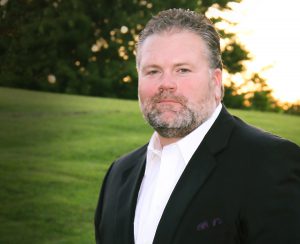 As Associate Director of the Kentucky Transportation Center, Doug Kreis not only works hard to expand the impact of KTC’s research, but does so in a loyal, encouraging manner. He has a unique instinct for people and business yet considers each decision carefully. He often gathers our research groups together with our clients to brainstorm ways we can better serve them, thus bringing the Center and the University a broad variety of research opportunities. Although his duties take him all over Kentucky and the U.S. to meet with clients and to develop new partnerships, he stays in constant contact with each of his employees. It is not unusual to receive the answer to a question within minutes of asking. When there are disappointments or grants KTC doesn’t receive, he evaluates what we can do to improve on future efforts and cheers us on with his boisterous sense of humor. Anywhere extra guidance is needed—in a meeting with the Kentucky Transportation Cabinet, at a job site or in one of the state’s transportation districts—he shows up. His management syle is supportive, yet he doesn’t micromanage. He is direct and transparent with his employees and KTC’s partners, as well as generous. He makes sure his employees have the tools and equipment they need to perform at their highest level of productivity.

In an attempt to reduce the number of roadway departure crashes, the Kentucky Transportation Cabinet (KYTC) installs roadside barriers such as guardrail. KYTC’s Division of Maintenance is responsible for prioritizing guardrail installations based on available funding and safety concerns. The Cabinet established its guardrail rating program (GRP) in 1989 to identify and prioritize guardrail needs. Despite periodic updates, the existing program no longer aligned with the transportation industry’s safety guidelines and policies. KTC studied national and state guardrail best practices and reviewed AASHTO’s Roadside Design Guide, the Manual for Assessing Safety Hardware, and the Highway Safety Manual to develop a new methodology for prioritizing guardrail installations. Researchers also did high-level reviews of guardrail programs at 23 state transportation agencies. The new GRP model focuses on two main factors: crash frequency and crash severity, with the goal of maximizing safety outcomes for roadway departure crashes. The new model also assigns more weight to clear zone and crash characteristics. KYTC is in the process of adopting the new GRP model to rank prospective guardrail projects. To aid this effort, KTC will provide KYTC personnel and district offices with the revised guardrail survey form so they can collect necessary data, as well as offer training sessions to KYTC personnel that describe the rationale for the new model. 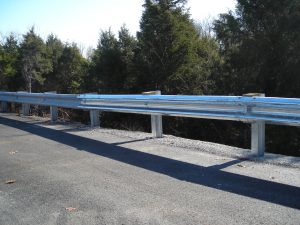 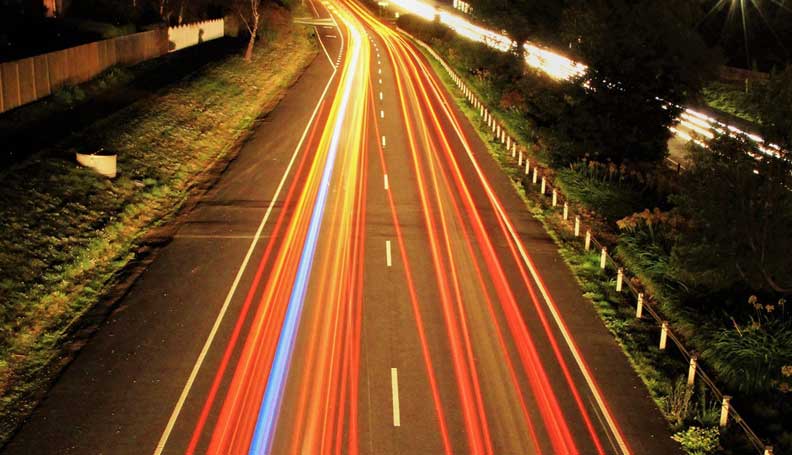 Kentucky has made efforts to improve access to traffic records databases and tools. Improper use of data can result in poor analytical conclusions, waste of resources, and ultimately injury or even loss of life. There are strategies to convert traffic data into useful information that informs decision makers, consultants, state and local agencies, law enforcement groups, citizens groups, attorneys, and the media. Developing a Kentucky Traffic Safety Data Service (KTSDS) will not only increase the availability of data from the state’s six traffic record systems but will increase end user access to experts who have in-depth knowledge of the databases. When these experts work with end users, they can formulate a data query that satisfies the reason for the request. KTC has developed and will host a free traffic data service that enables end users to access an expert to conduct small studies and get answers to traffic safety problems. The KTSDS website will be marketed to the public, will document all queries, and will offer the results of 10-20 small traffic safety studies. The service eliminates the expense of contract services, allows correct data analysis and thus proper use of the results, and provides public awareness that expert data resources exist. – Traffic & Safety

To reduce paper-based workflows and improve on-site project monitoring, the Kentucky Transportation Cabinet (KYTC) is beginning to experiment with eConstruction technologies. To determine the effectiveness of eConstruction and its impact on efficiency and safety, the Cabinet asked KTC to study their use on two pilot projects. Researchers evaluated the performance of three e-construction technologies: e-ticketing, paver mounted thermal profilers, and intelligent compaction (IC). Through a combination of literature reviews and field data collection, KTC measured the performance of each technique. Researchers found that e-ticketing increased operational efficiency and reduced the amount of time needed to retrieve material tickets. Inspectors reduced their exposure to hazardous jobsite conditions and were able to compare theoretical tonnages to actual tonnages, which helps verify that crews are paving according to specifications. For e-ticketing to be a viable option on future projects, it will be critical to train stakeholders on the technology, confirm that all trucks assigned to a project have GPS transponders, and ensure geofences are set up. Internet accessibility at asphalt plants must be consistent so that all interested parties can access data when needed. 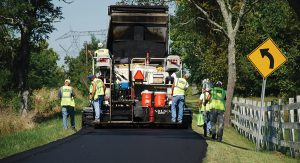