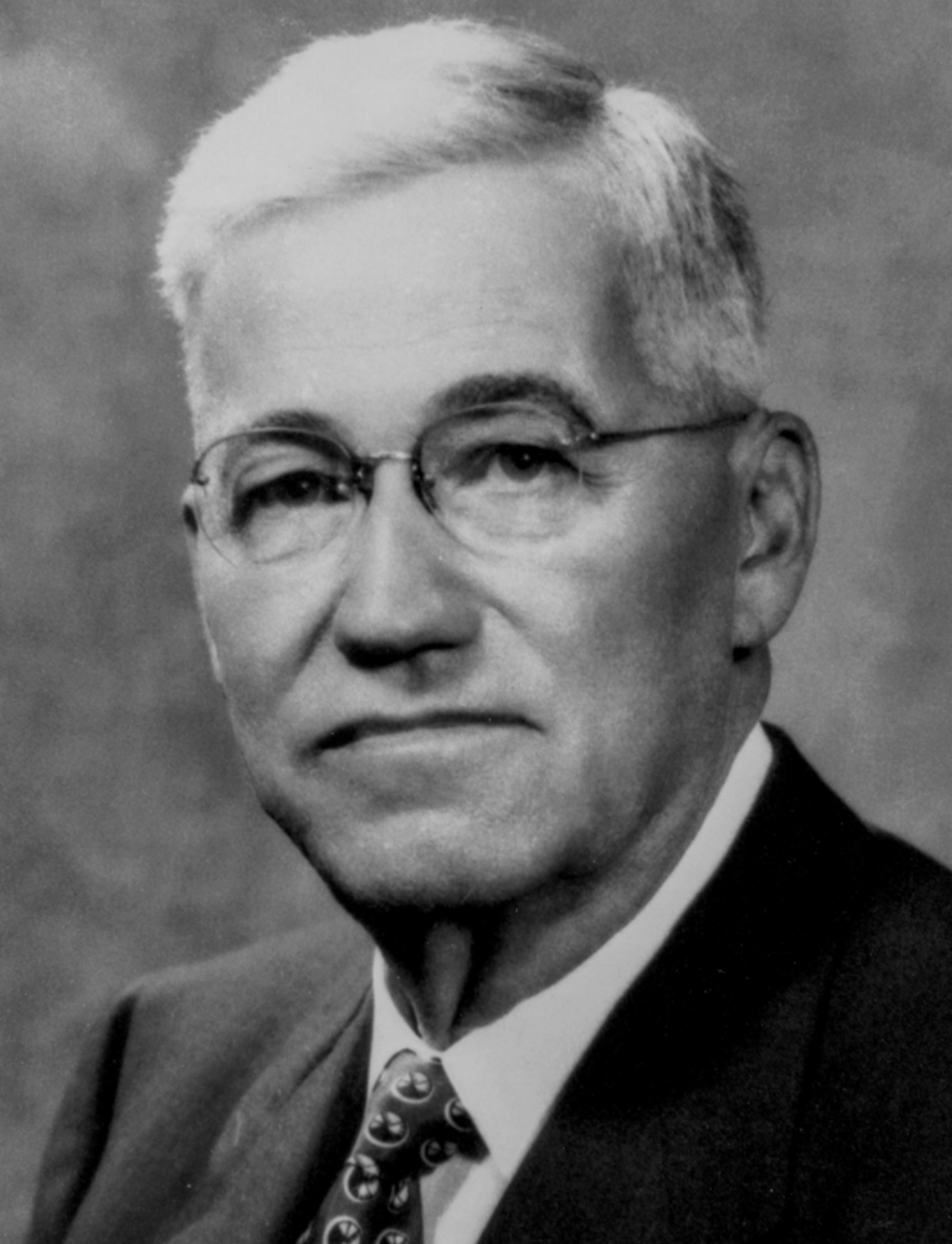 The Road Materials Testing Laboratory at the University of Kentucky began operation in 1915 under Professor D.V. Terrell. Under Professor Terrell, research on road materials continued jointly by the University and the Kentucky Department of Highways until 1928, when the testing services were transferred to a laboratory in Frankfort. However, research continued at UK’s Department of Civil Engineering. Professor Terrell devoted his summers to research, and an attempt was made to utilize the Frankfort facilities during the winter seasons. These arrangements continued until about 1939 when it became apparent that a more structured and productive research program was needed. In 1941, the Department of Highways and the University formed an agreement to construct and operate a Materials Research Laboratory on UK’s campus, and Dr. Terrell was named Director. This action envisioned a facility unequaled anywhere in this country, with its original cost estimated at $50,000. His namesake, the Terrell Building, is now home to UK’s College of Engineering student team projects, including the Concrete Canoe, Solar Car, and Formula SAE. 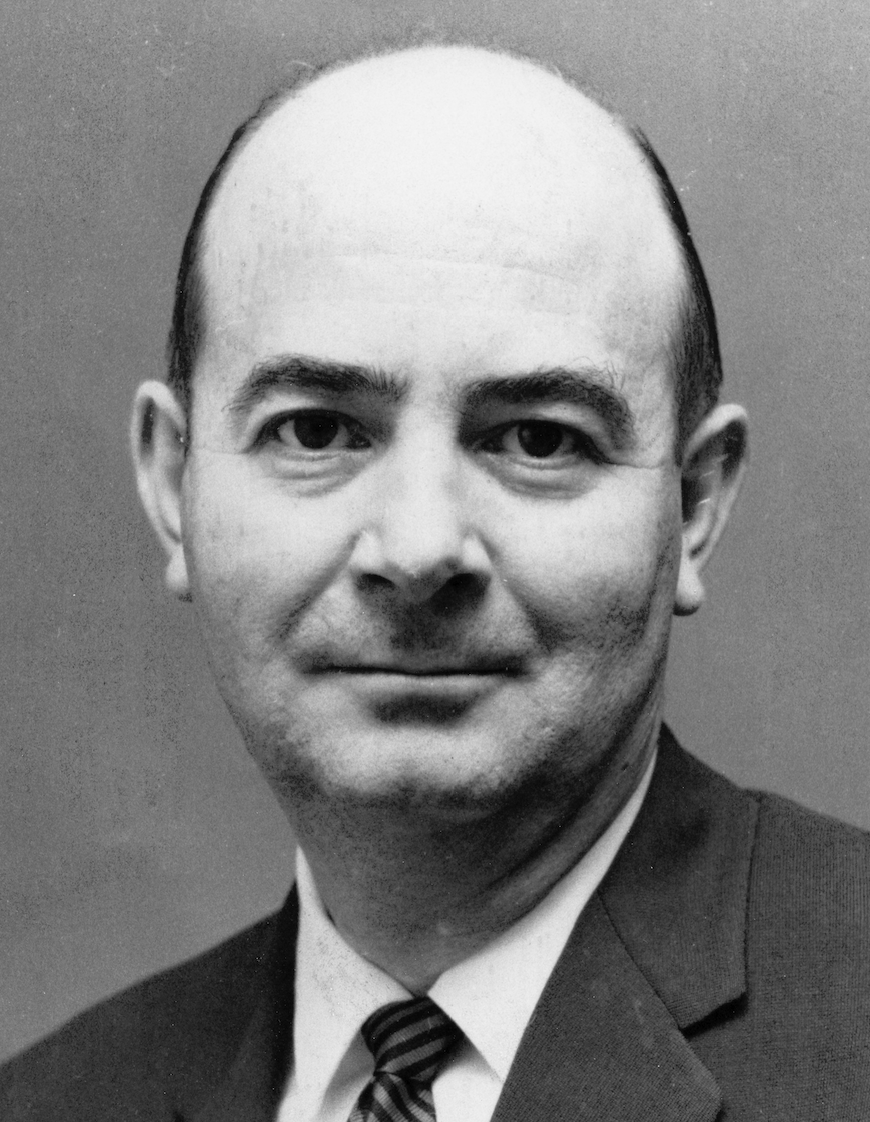 William B. Drake was raised in Somerset, Kentucky, and attended Transylvania University. In 1942, Mr. Drake enlisted in the U.S. Army Air Corps during World War II. He was downed by hostile fire in November 1944 and held as a POW until April 1945. After his military service, Mr. Drake attended the University of Kentucky and earned a Bachelor’s and Master’s in Civil Engineering. He began his career in the Department of Highways and served as a research engineer and project director before being named Director of the Road Materials Research Laboratory at UK. Mr. Drake went on to serve the Commonwealth as Assistant State Highway Engineer in Planning and Research and as Transportation Planning Coordinator. From 1981 until his retirement, Mr. Drake was the Associate Director of the newly designated Transportation Research Program at UK, working with Director Robert Deen. Mr. Drake’s research interest was in the areas of pavement design and highway materials. Throughout his career he published numerous technical papers and articles and lectured in UK’s Civil Engineering Department for over 40 years. 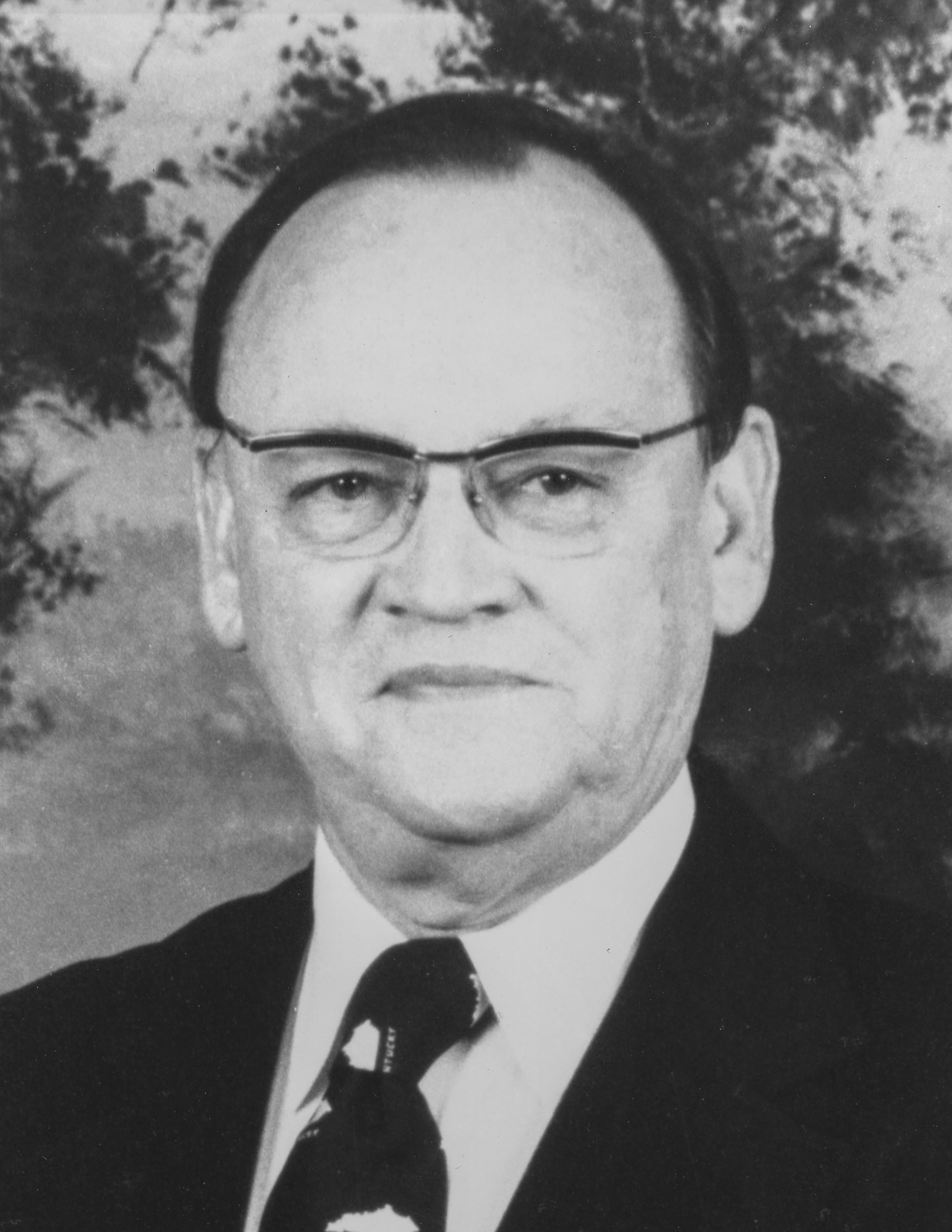 James H. Havens began his work in transportation research in 1946 as a chemist and engineer, after a stint as a document identification specialist for the FBI. He was a flight engineer in the Army Air Corps during World War II from 1943 to 1946. In 1963, Mr. Havens became director of the Highway Materials Research Laboratory and held that position until his retirement in 1980. During his career, Mr. Havens became a nationally respected expert in materials and pavement research. He was widely published and upheld high standards for research composition and presentation. As the scope of the group’s research broadened, they were renamed the Kentucky Department of Transportation Division of Research and moved into the Whalen Building. Mr. Havens’ influence on the design, construction, maintenance, management, and safety of highway transportation led to improved design of transportation facilities for increased service life; development of new and improved specifications for roadway and bridge construction; new and improved construction techniques for roadways and bridges; cost-effective design, maintenance, and management strategies; reduced maintenance requirements; and the development of safer transportation facilities for both vehicular and pedestrian use. Mr. Havens also helped develop Kentucky’s Pavement Management System, which is still used today by the Kentucky Transportation Cabinet. 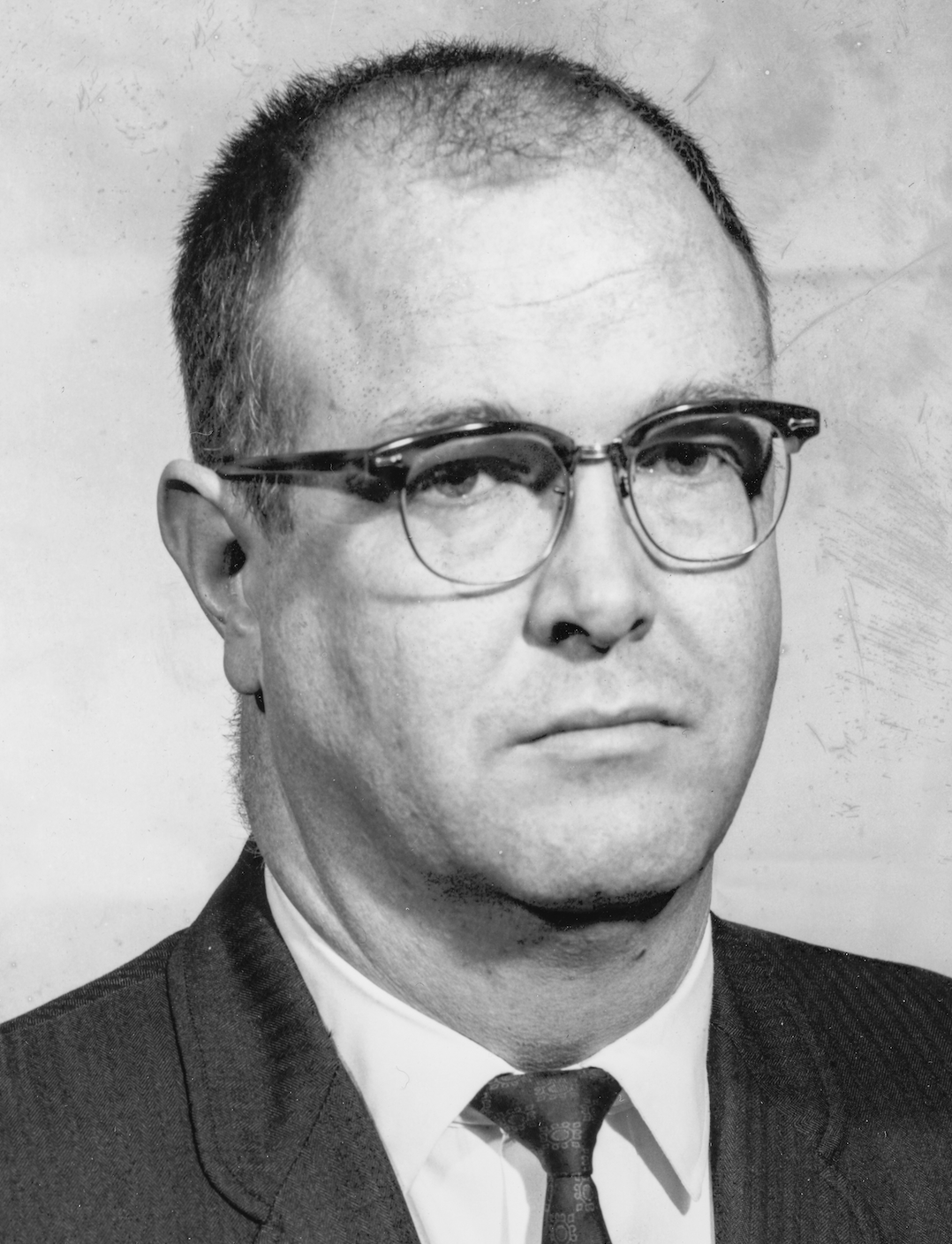 Robert C. Deen worked as a summer intern for the Department of Highways while earning his Bachelor’s in Civil Engineering at UK. After doing graduate work in Meteorology at the University of Chicago, he served as a Weather Officer in the U.S. Air Force from 1951 to 1955. He returned to UK to earn his Master’s in Civil Engineering before completing his Doctorate at Purdue University. Dr. Deen returned to UK in 1960as a lecturer and associate professor of Civil Engineering at UK. He taught both undergraduate and graduate courses, as well as short courses and workshops in soil mechanics, slope stability, core drilling, and value engineering. He published numerous technical papers and reports in his areas of professional interest, which included geotechnical engineering; pavement design, performance, and evaluation; and traffic safety operations. In 1981, when the Kentucky Department of Transportation transferred the Division of Research to UK’s College of Engineering, Dr. Deen became Director of the newly designated Kentucky Transportation Research Program. He served in this position until his death in 1988.  The research agreement between KTC and the Kentucky Transportation Cabinet has changed very little since the original contract was formed in 1981. 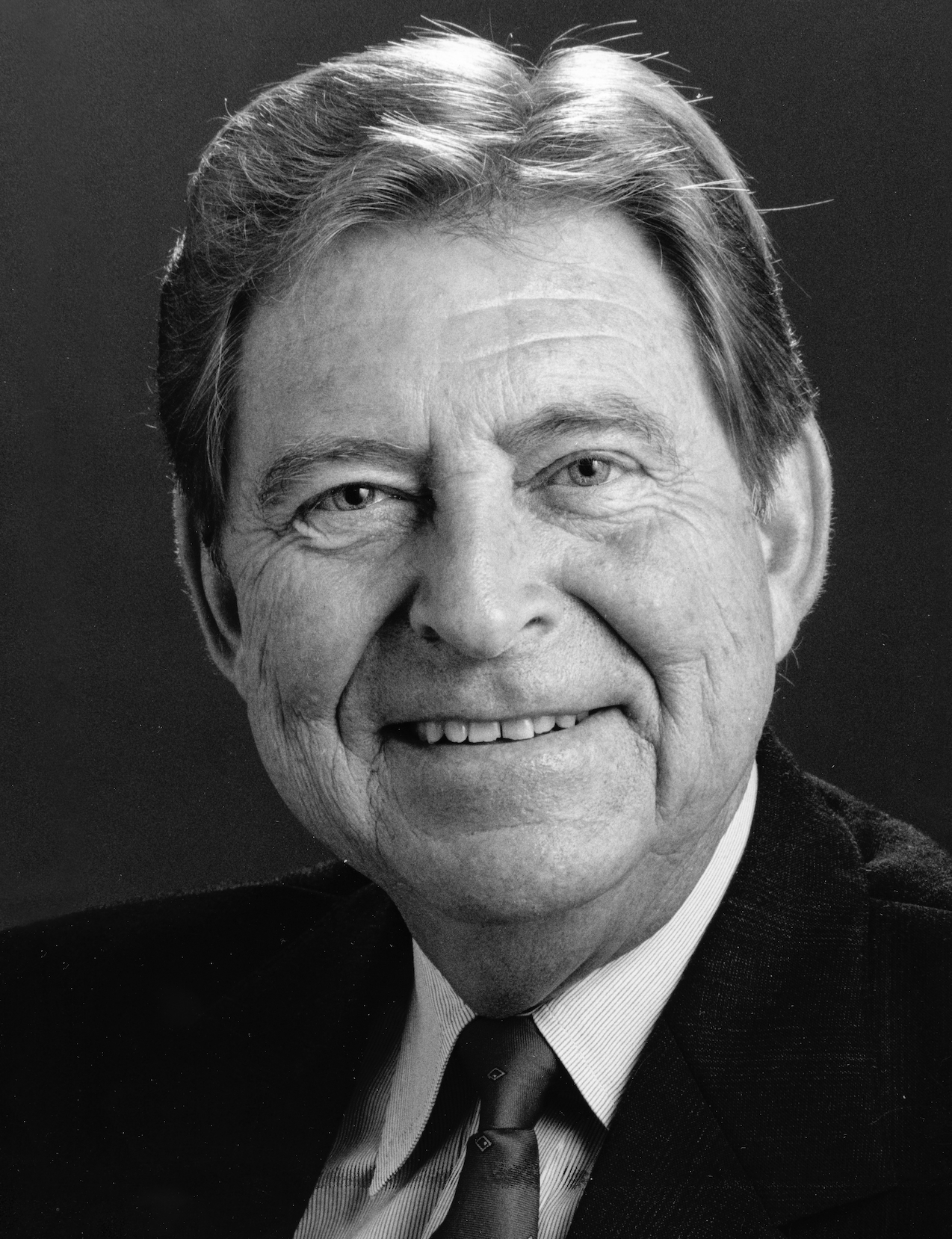 Calvin G. Grayson began his transportation career in 1949, after serving in World War II. He earned a degree in Civil Engineering at the University of Kentucky and sought a job with the Kentucky Road Department, hiring in during one of the most productive times for transportation systems in Kentucky. The Federal Aid Highway Act was signed into law, and construction of the Mountain Parkway soon followed. Mr. Grayson became involved in planning and design of the I-75 corridor, leading to his instrumental role in building the Planning Division at the Kentucky Transportation Cabinet. In 1977, he was the first career employee at the Cabinet to be appointed Secretary of Transportation for the Commonwealth, and it was during his term that he envisioned a place at UK where academia, state governments, and the public and private sector could come together to find solutions for transportation problems. In 1988, Mr. Grayson was appointed Director of the Kentucky Transportation Research Program and oversaw the merger of the research function with the Technology Transfer group, to form KTC as it exists today. He was instrumental in increasing the Center’s annual budget for research and technology exchange to more than six million dollars. Well into his retirement, Mr. Grayson continued to stay active with KTC’s Advisory Board, and his expertise and advice were sought repeatedly by his professional colleagues and political leaders throughout the nation.  In recognition of his lifelong service and dedication, he was named a “Director Emeritus” of KTC In 2010. 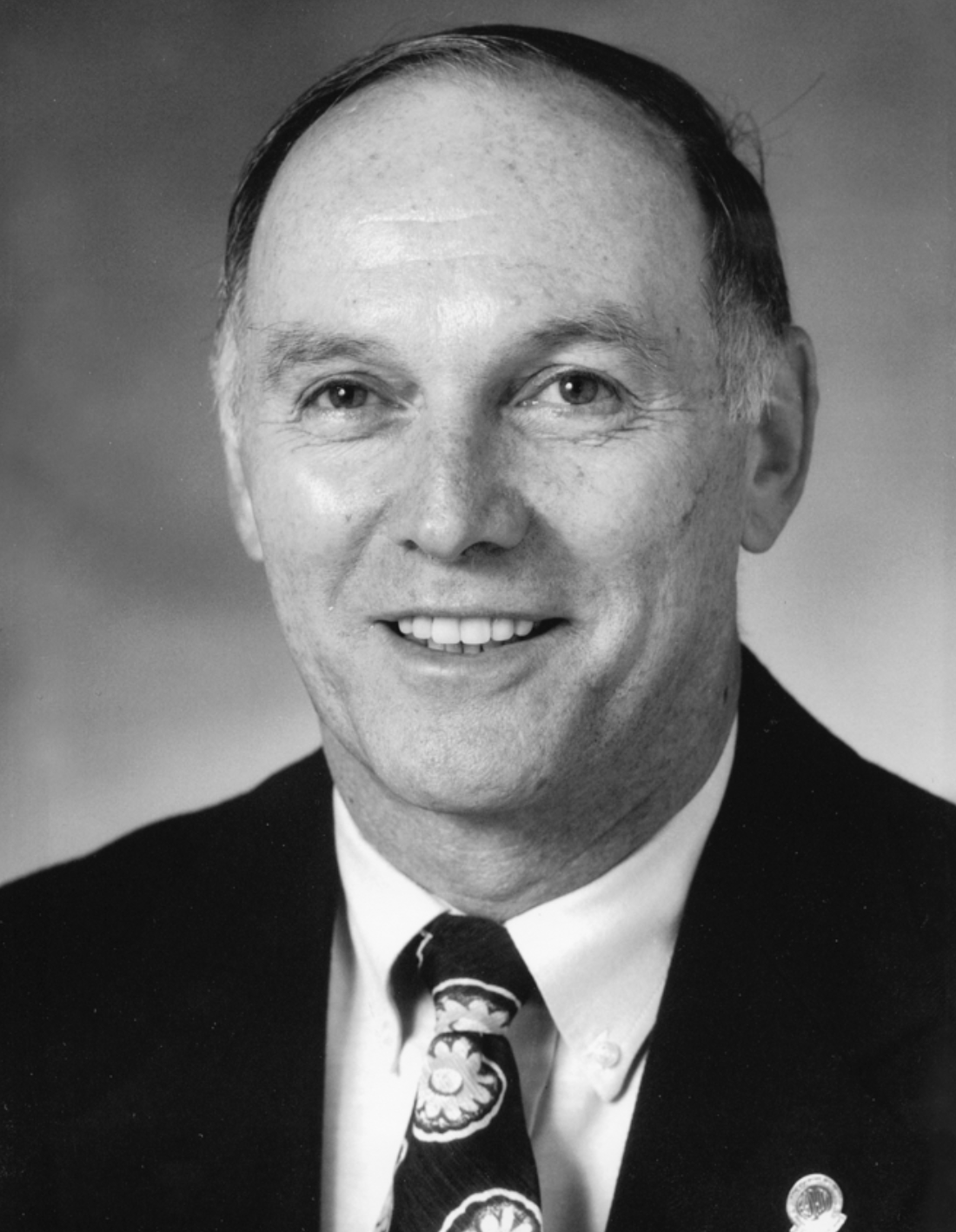 Paul Toussaint earned his engineering degree from the University of Vermont and his Master’s from Rensselaer Polytechnic Institute. He began his career in transportation right out of college, working for a construction company, followed by a short tour in the United States Army Corps of Engineers. In 1968, he began working for the U.S. Federal Highway Administration. He held assignments in Puerto Rico, New York, and Connecticut. Mr. Toussaint transferred from Connecticut to Kentucky in 1989, as a division administrator for FHWA. In that capacity, he was responsible for all the federal aid programs and worked closely with the Transportation Cabinet in administrating the highway program. He became involved with the Kentucky Transportation Center in 1990 to help coordinate the Advantage I-75 Operational Test Project. Kentucky was the first state in the country to undertake that type of Intelligent Transportation Systems project, and they received federal grants for a joint effort between the Cabinet and KTC. 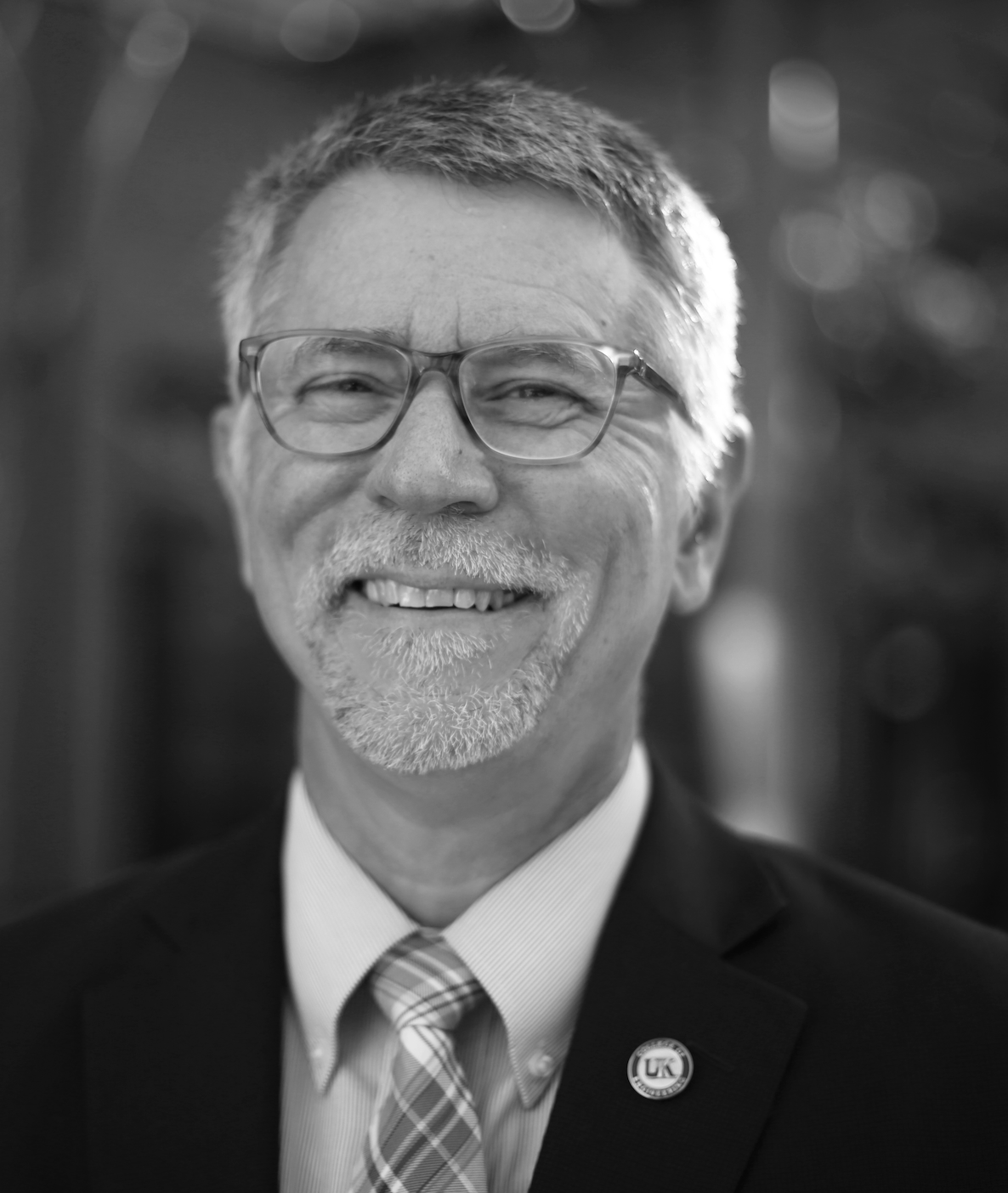 A native of Lexington, Joe Crabtree attended Bryan Station High School, where a classmate informed him of the Kentucky Department of Transportation scholarship in Civil Engineering at UK. He was awarded the scholarship, and after completing his Bachelor’s degree, Dr. Crabtree received a National Science Foundation fellowship to attend graduate school. The Cabinet granted a leave of absence from the scholarship’s job commitment so that he could complete his Master’s degree in one year. Dr. Crabtree began his transportation career in the Division of Research, working in the Traffic and Safety section. When the Kentucky Department of Transportation’s research function was transferred to UK in 1980, Dr. Crabtree became a UK employee and was released from his remaining scholarship obligation. He joined the US Navy and served until 1987. After leaving the Navy, Dr. Crabtree went to work for Mobil Chemical Company in Illinois. Family roots in Kentucky led him back to the Center in 1992, and it was during this time that Dr. Crabtree worked on the Advantage I-75 Operational Test Project and helped create the Intelligent Transportation Systems research area.  Dr. Crabtree earned his PhD at UK in 2004, which paved the way to becoming the Center’s Director in 2010. In retirement, Dr. Crabtree remains involved with KTC, assisting with research in the Intelligent Transportation Systems program. Click here to read more!